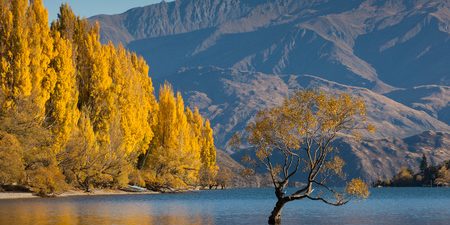 When many non-New Zealanders think of the small island country east of Australia, they think of the scenery they witnessed in The Lord of the Rings and The Hobbit movies, all of which used the natural beauty of New Zealand to create a world millions had only dreamt of from the books that beget the beloved stories of friendship and strength. So popular have these stories become since the movies hit the big screen that one company has decided to do what surprisingly few have done before—attach genuine New Zealand products to the Middle Earth name, such as mead, chocolates and other sweets, as well as some Manuka honey products.

“It has been years in the making—we wanted a product that was closely associated with New Zealand, and I think this is it,” said chairman Robert Duncan, who plans to manufacture up to 30 other food and beverage items with links to Hobbit and LOTR characters, places, and items. According to Duncan, the association between his products and the movies has allowed his brand to be easily recognized: “Indeed, what really surprised us was the power of a brand that already has generational depth via the books and now a whole new generation via the films and associated games and merchandise.”

Owning and managing 4000 hives throughout New Zealand’s North Island, Duncan has grown to have distributors in China, Taiwan, and India, countries known for growing trade arrangements with New Zealand and its products. Duncan’s chief executive, Darius Karani, said it was also the links to the books’ brand that opened the company up to countries that “did not know” New Zealand. “I believe the branding has opened many doors for us and also been good for promoting New Zealand,” Karani said.

Dr. Andrew Zhu, Duncan’s Chinese market research specialist, has said many in countries like China would have an emotional attachment to the company’s brand due to its attachment to LOTR and The Hobbit. “The Chinese may not have read the books but millions would have watched the movies,” said Zhu. Even more so, widespread pollution and product safety issues have led many in overpopulated countries to turn to imports from foreign countries for what Zhu designated as “peace of mind,” which again speaks to the beauty of New Zealand and its special place in the world.

In The Hobbit, Beorn, a skin-changer, packed red earthen pots of honey for the company of dwarves on their journey to defeat the dragon that had taken their home, when he sent the dwarves on their way. In a similar fashion, Duncan seeks to provide the gifts of the Earth to those who desire them, and it appears The Lord of the Rings and The Hobbit are helping him do that.