Hobby Farm and Manuka Set Couple Up for Life 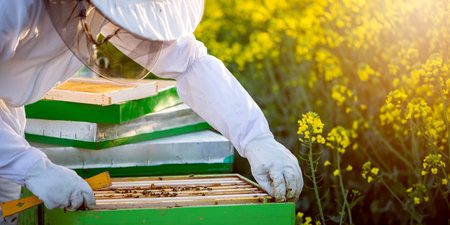 A couple in Hurleyville, New Zealand, who became farmers 12 years ago, were just awarded a Taranaki Regional Council award for their environmental dedication and sustainable management of land. Ken and Sandra Sanford, both of whom wish they had started farming sooner, bought their farm with no intention of it growing into the operation it has become. “It started out as a hobby, but it’s more than that now,” Ken said about the farm, which lies seven miles inland from a state highway in Hurleyville.

The Sandford farm consists of steep hills with silt areas around river beds prone to erosion. In the winter, the tracks across the hills become harder to navigate, and the river can rage across the flats. It’s safe to say the area has its challenges, but the Sanfords didn’t back down from the challenge. They took on the farm without any experience, originally buying the land to be a hobby farm. “I like hunting, and I’d been looking for somewhere I could do that,” Ken said of his and wife’s decision to take on the farm.

The Sanfords have around 50 head of cattle and 300 perendale sheep. Along with cattle and sheep, honeybees have also become a new priority for the Sanfords, with the couple currently owning 100 beehives and producing Manuka honey. “A couple of years ago, our Manuka honey had such a high UMF [Unique Manuka Factor] it was exported to Ireland for medicinal use,” Sandra said.

Sandra, who recently completed a yearlong apiculture course at Lincoln University, explained the process of trial and error regarding apiaries. By her account, during the first few years on their farm, they cleared out 140 acres of Manuka to produce more pasture for grazing. “We had $10,000 for spraying, and we told the contractor to go until it ran out,” Ken added. “In hindsight that was dumb, but Manuka honey wasn’t in demand like it is now.”

After noticing demand, the couple replanted some of the removed Manuka plants. “We did a bit of damage in the first few years,” Ken said. “We got some wrong advice from the wrong people, but you don’t make the same mistake twice.” The couple started working with the Taranaki Regional Council to create a plan to ensure their farm remained productive and healthy. “TRC suggested we should focus on the river flats which, when we bought the land, were completely overgrown. There was four or five-foot growth—you couldn’t see your sheep in it—but we’ve cleared that to make it useful,” Ken said

TRC contributed roughly $20,000 total towards fencing and has supplied the couple with hundreds of poplar plants to protect the river beds from erosion. The council only requires the couple to provide labor for their projects. Ken said, “Having the farm has been a real learning curve for us in a lot of ways, and getting that advice has been a huge help. It might not be the hobby for everyone, but we love it.”