How Honeybees Improved the Internet 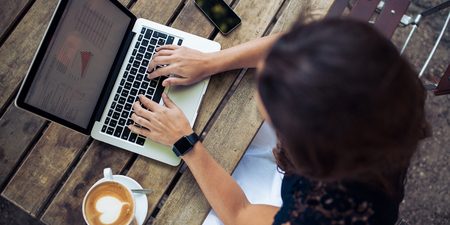 Besides providing honey and pollinating crops, honeybees provide incredible amounts of knowledge just by existing as they have for millennia. From behaviors humans do not partake in, studies on how certain genetics developed over time, to demonstrating the effects of man on nature, honeybees never stop giving more for us to contemplate. One unexpected benefit of studying honeybees involves the internet and how studying honeybee foraging patterns made our internet experiences quicker and more efficient.

How such seemingly unrelated topics came to unite involves three system engineers—Craig Tovey, John Bartholdi, and John Vate—who found themselves inspired in 1988 by an NPR feature on honeybee foraging methods. The feature was about biologist Thomas Seeley, who explained how bees, with no centralized authority, effectively gathered nectar for honey. As system engineers, Tovey, Bartholdi, and Vate make systems (manufacturing, transportation, etc.) work more efficiently. They were curious how systems operated inside honeybee colonies, since Seeley and others had studied how individual forager bees operated, but no one had addressed the entire colony system.

After making contact with Seeley and securing funding, the four researchers developed a model theorizing how bees would be allocated throughout flower patches of different “profitability.” They predicted honeybees had developed a flexible system that brought large returns and permitted colonies to adapt to constantly changing environments. Tovey and Seeley went on test the model in the field by labelling 4,000 bees in Seeley’s research colony and testing their behaviors. To the researchers’ great pride, the bees followed the engineering model and operated at maximum efficiency.

The engineers had their “honeybee algorithm”—an organized, efficient, adaptable system—but they did not know how to make use of it. However, more than ten years later, a Sunil Nakrani approached Tovey at Georgia Tech about working with him on his dissertation. Nakrani sought to determine the most efficient way to allocate web-hosting computer servers among different applications to meet the demands of internet traffic. These servers apply to everything from online banking to social media.

At that time, Tovey saw the web-hosting problem perfectly aligned with foraging problems and began working with Nakrani to apply the honeybee algorithm so that servers could self-organize to allocate themselves to clients (just as honeybees do to flower patches). After testing the algorithm against other methods, Tovey’s outperformed the others by up to 20 percent.

Because of Tovey’s team’s work, people benefit from the honeybee algorithm’s efficiency every time they use the internet because it helps manage sudden spikes in demand and prevents long queues. While it may seem a small accomplishment, the growing field of self-organizing systems and “biomimicry” is leading to incredible innovations that wouldn’t have been possible without the inspiration of bees, ants, and other social insects. It shows how much more science could contribute than we could have believed if we aspired to unexpected projects whose practical purpose may not be immediately apparent.