How to Handle Injured Wild Birds 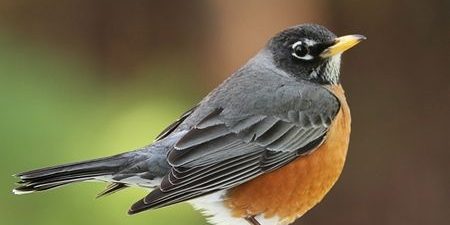 Many have been in this situation—person comes home from work only to find an adult songbird in the bushes that doesn’t try to fly away. Any non-fledgling bird that doesn’t immediately fly off likely needs help, because it’s either injured or sick and has to be taken to a licensed, nearby wildlife rehabilitator. While it might be tempting to use UMF Manuka honey to tend to noticeable injuries, it’s better to let a professional handle treatment to the give the bird the best chance of recovering. For those who’ve determined a bird needs help, see the following instructions for catching and then transporting the bird to the rehabilitator.

There are many situations where people end up finding injured birds, including the ones below:

For some situations, especially with birds in your yard, try setting seed out on the ground leading toward a pet carrier. Over several days, the bird might go in and allow you to close the door. However, this could be unsafe for songbirds because it could trap or wound other birds while the already injured one hurts itself further. This method could work better for doves, pigeons, and similar ground feeders. It’s also important to remember these methods are for injured or sick birds only, and that it’s illegal to trap unencumbered birds. You may take native wild birds to a wildlife rehabilitator, but you cannot possess such a bird otherwise.

Once the bird is in hand, maintain a firm hold around the body—not by the wings, head, or legs—supporting the body and feet. If the bird easily fits in your palm, place the other hand on the top of it, securely holding the bird with both hands and not leaving spaces in your hands for it to wiggle through. However, for birds bigger than your palm, hold it with one hand, as described, and put the other hand around the shoulders of the wings, so the wings are in their standard, at-rest position against the bird’s body. A few other things to remember include the following:

Take the bird to a secure room away from children or pets, and preferably to one with little furniture. Bathrooms are typically best for this as long as the space beneath the door is sealed.

Before contacting the rehabilitator, prepare a box for transporting the bird:

Place the box into a quiet, dark area within the house where children and pets can be kept away. The area shouldn’t be in the sun or air-conditioned. Also, don’t provide water or food unless the rehabilitator says otherwise.

It’s ideal to get the bird to the rehabilitator within an hour. While driving, keep the cardboard box away from air-conditioning or sun. Set the box into the car gently and handle it the same way. Once you reach the rehabilitator, be ready to provide your name, address, the time and place the bird was found, and an incident description.