How to Help Your Stomach Ulcer with Manuka Honey 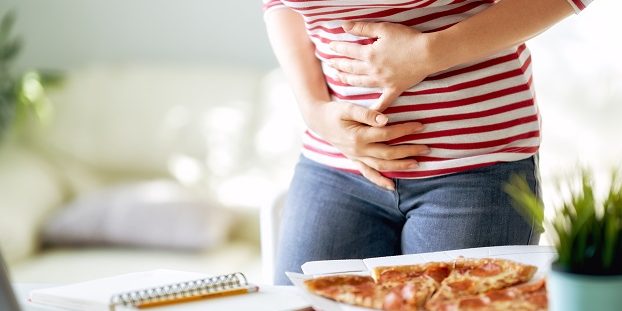 It’s possible for ulcers to develop in many parts of the human body, including your stomach lining, creating what is known as a gastric or peptic ulcer. Common causes include infection from Helicobacter pylori bacteria or longstanding use of non-steroidal anti-inflammatory medicine as well as ibuprofen. Also, though they don’t cause ulcers, spicy foods and stress can make ulcer symptoms worse by causing stomach acid production to increase drastically.

As it stands, there isn’t a complete cure for an ulcer, but there are a few natural remedies you can take alongside medication to help relieve any pain or other symptoms ulcers can illicit. If you’re looking for something extra to add to your ulcer treatment, then start with the following natural remedies.

This New Zealand-based sweet substance is alleged to have antimicrobial and antibacterial properties, which could be useful when trying to alleviate symptoms of an ulcer. As a natural sweetener, Manuka honey has been growing in popularity for years around the world, thanks in large part to the belief that it offers consumers a wide variety of benefits to their health. Some have used the honey to help in speeding up wound healing, such as with burns and skin ulcers.

This widely accepted plant oil can be found in topical lotions, foods, and cosmetics by the dozens, but there are some studies that claim aloe vera has also had positive results against stomach ulcers. Others argue aloe vera can treat ulcers similarly to that of typical anti-ulcer medications, but further research is likely necessary on this front.

As you likely already know, garlic is often used as a way of giving certain foods more flavor. Garlic has both antibacterial and antimicrobial properties, which could make it very helpful when it comes to fighting infections off. Some studies have offered support in favor of the effectiveness of garlic as an ulcer treatment. For instance, a study published in 2016 on animals indicated that garlic can help to prevent ulcers from developing while also helping to speed the healing process along.

There are those who say that ginger possesses gastroprotective effects, so they use it for treating digestive and stomach conditions, including bloating, gastritis, and constipation. However, most of these results came from animal tests, so it’s unclear if the same effects would occur in humans.

These living organisms can help your health by restoring the balance of bacteria in your digestive tract. In addition to helping you achieve optimum gut health, probiotics can allegedly help treat ulcers by eradicating harmful bacteria alongside regular treatments. Probiotics can be found in yogurts and fermented foods, but you can also get them from probiotic supplements, which most likely contain higher concentrations per serving.

Need to order some Manuka honey? Did you know Manuka Honey USA offers FREE shipping for all orders of $150 or more? To get your order started, click here.