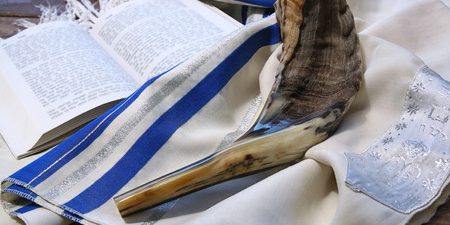 It’s a generally held opinion around the world that honeybees and other bee species are in a bad situation. Their numbers have been showing drastic decreases in most countries due to pesticides, malnutrition, and also colony collapse disorder (CCD) for reasons not well understood. One notable exception in all of this, however, is Israel, where honeybee populations continue to hold steady numbers, which is a good thing at this time of year, since dishes for Jewish New Year cause honey to be in high demand. More importantly, bees are crucial agricultural pollinators needed for fruits and vegetables in Israel just as they are elsewhere.

Israel makes sure its bee population doesn’t decline more than ten percent every year, compared to the devastating 30-50 percent decreases in the U.S. This problem is so severe that Haagen-Dazs Ice Cream has donated $1 million to bee research since 2008, and President Obama came up with a national strategy to increase bee health. “We try all kinds of things,” said Israeli Honey Board CEO Hertzel Avidor, “like Israeli research into biological and botanical angles on CCD and boosting the insect’s immune systems with nectar-rich plants.”

The council supports 500 Israeli beekeepers to develop tactics to sustain their 110,000 hives. The reduction of bees has not affected honey production because more colonies are introduced to offset losses. The first thing they do to avoid CCD is follow Agricultural Ministry guidelines, which call for eradication of Varroa mites, a parasite believed to be related to CCD.

Another effort to stop bee decline is 80,000 to 100,000 tree seedlings. Eucalyptus trees are recommended and planted every year to give bees varied and abundant diets in the seasons despite nature decay brought on by urbanization. The planting of eucalyptus can serve a double purpose—the Defense Ministry plants them along the Gazan and Syrian borders to nourish bees and protect the areas from hostile fire. “It’s a win-win situation,” Avidor says.

Another win-win situation is this these plantings help beekeepers who have land but not enough flowers and shrubs to attract bees. So, over the years, Israel has worked with the Honey Board to make the country greener and help attract bees at the same time. “Everybody benefits—we have trees, the bees have flowers, and the keepers have honey,” said Aviv Eizenband, a forestry professional.This project has been revolutionary. Previously, the bees had to be spread across the country to maximize feeding areas, which can lead to theft and high transportation costs. Now, the bees are close to home and can be better guarded.