Kashmir Growing into ‘Land of Honey’ 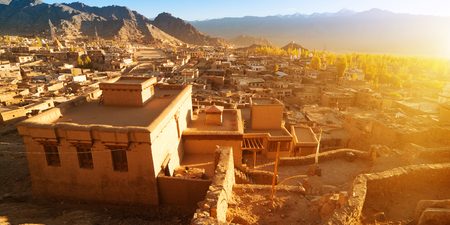 Kashmir, currently known throughout the world as a territory controlled by three separate countries (India, Pakistan, and China) due to ongoing disputes, is more than what the news reports each day. It is also a place that millions of people call home and do what they can to work and live as they see fit. Among such determined individuals are farmers in Kashmir who grow vegetables and fruits while also working as beekeepers in order to boost household incomes. Towseefa Rizwi, an entrepreneur from the village of Shalhar in northern Kashmir, is one such individual. In comparing herself to women who work in the public sector, Rizwi notes one key difference between them: “I’m independent.”

Rizwi owns Kashmir Valley Industry where Parvez, her husband, works as its production manager. Rizwi herself deals mainly with honey, processing and packaging it in a plant she owns. “I always had the desire of starting my own business, and I am thankful to honeybees for making me realize my dream,” says Rizwi. Kashmir Valley, having as many resources as it does, particularly vast amounts of land, has incredible potential for both beekeeping and distributing honey to various states in India.

By Rizwi’s estimate, people throughout her area are known for having one or more hives though largely traditional Kashmiri hives. “I thought: ‘why can’t we do it on a big scale?’ And one day I told my husband that we will set up our own honey processing plant,” Rizwi said. “So, we applied for a loan and set up the plant, which has a capacity of processing up to three tons of honey per day.” Now, Rizwi’s business has been going strong for almost a decade. “We manage the affairs of our family and the education of our kids with the income from the honey business.”

With Rizwi’s business growing as it has been for ten years, she’s inspired others in her village to pursue beekeeping as well, including Ghulam Mohammad Bhat. “I got five bee colonies from the government at a subsidized rate in 2015. It has now increased to 20,” says Bhat. He also stated that despite losing some of his hives due to severe weather this past April, he feels he’s getting considerable financial benefit, pulling in 20,000 Rs for the year.

Additionally, another female entrepreneur, Zamrooda Khan, has found success as a beekeeper, and, by her account, her life would have been considerably harder without it. Khan not only went through a divorce, but she also survived breast cancer—and thrived, regardless of her struggles. Upon realizing her private school job wasn’t garnering her enough of a stable wage for provide for her children, Khan considered finding another source of income. “Since my father used to be a successful beekeeper of his times, and I had learnt many things from him about beekeeping, I wasted no time and started a small apiary,” says Khan.

After completing additional training in 2003, Khan started Busy Bee Honey Apiary. “This job suited me, for it kept me busy and that too with the nature’s gifted beings called honeybees.” To Khan, the apiary is less of a business and more of a modest enterprise to help care for her son and daughter. On average, she produces roughly 100kg of honey per season, fetching her sustenance as well as a sizable income. “I certainly want to expand this venture by setting up a processing plant in future. I have passion for this profession,” says Khan, following in the footsteps of another inspiring Kashmiri woman.