Making a Pollinator Garden in Honor of National Honeybee Day 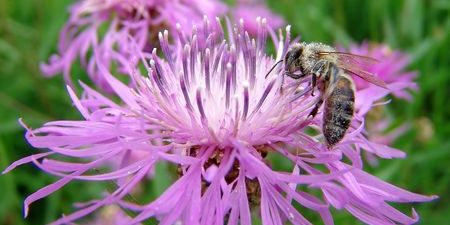 During this past week, specifically August 19, National Honey Bee Day was welcomed, serving as a chance to educate the general public regarding the various concerns honeybees face in their everyday survival. Such education included the factors influencing the decline of honeybee populations, such as pesticides, lack of habitat and forage, and varroa mites. Officially started in 2010 by the U.S. Secretary of Agriculture, the mission of this national day is to promote and advance beekeeping, educate the people, and bring a greater awareness to the environmental threats honeybees face.

Per Katy Fries, the garden manager for the School Park Community Garden, “With this funding, we hope to enhance the natural beauty of the garden and safeguard foraging areas for our pollinators.” The overall goal for the $500,000 “Feed a Bee” grant, sponsored by Bayer, is to plant more forage and add enhancements in each state by 2018’s end. Numerous groups, like those previously mentioned, have applied for this funding so far, with 58 projects having been successful. “It’s exciting to see such overwhelming support for pollinators from both large and small organizations across the country,” Becky Langer, the project manager for Bayer’s Bee Care Program, said.

Creating Your Own Pollinator Garden

For those wanting to create bee-friendly landscapes on their property, they need a few essential elements. Honeybees and other pollinators need forage, so having different types of pollen and nectar-producing flowers each season would help them greatly. A few bee-friendly plants include beebalm, asters, crocus, Joe Pye weed, tickseed, zinnias, oregano, snapdragons, foxglove, sunflowers, goldenrod, milkweed, and phlox.

It’s better to choose single flower tops, such as daisies, rather than double flower tops, such as double impatiens, since these have less nectar and make it harder for honeybees to track and spread pollen. As well, avoid especially hybridized plants because some may have been bred to not seed, which would produce little to no pollen. When you plant bee-friendly plants, choose sunnier spots and try growing larger patches of flowers at 3 by 3 feet at least.

Bees also require water access, and bee baths can provide safe places for them to land. A shallow plate or bowl with rocks and enough water that the rocks’ peaks aren’t submerged should be plenty. This water should be changed every day. It’s also good practice to eliminate or at least limit pesticide use to avoid weakening or killing bees.