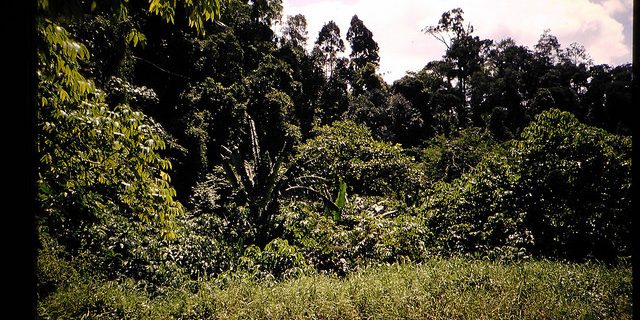 Out amid the rainforests of Malaysia, “honey hunters” are currently braving the significantly high heights of tualang trees and using smoking torches to draw out thousands of honeybees from their treetop hives, allowing the hunters the chance to gather very rare honey. These hunters, who come from nearby villages, head into the jungle’s most remote corners each year to search for the unique nectar, without any time to be afraid. “This is the real thing,” says 60-year-old Abdul Samad Ahmad, who’s been doing this for over two decades. “There’s a lot of nutrition in this honey. You can make it into medicine for your cough or cold.”

Similar to Manuka honey, tualang honey is expensive, netting 150 ringgit (or $38) per kilo—a great deal for individuals from poorer, more rural communities. However, this generations-old tradition faces considerable threats, such as declining bee numbers and less interest from younger folks. Even so, the die-hards are optimistic, as there’s nothing better for them than climbing 250 feet into the air to collect honey made via the jungle’s most exotic flowers. Honey hunting season lasts between February and April in the northern Greater Ulu Muda forest after giant honeybees arrive from different areas in Asia to form their hives within the tall tualang trees.

During a recent harvest, Ahmad and several others travelled deep into the rainforest to find a tualang, nailing branches to their chosen tree to improvise a ladder. After donning their thick jackets and waiting for night, they created a smoking torch via roots they’d twisted together and lit. Clambering up the trunk, they hit their torch against it while approaching a hive. The flood of sparks showered down below, causing a group member to call out to the honeybees: “Come down, black sweet, come down.”

Swarms of bees flew out to chase the sparks, allowing the hunters time to cut into the hive and throw honeycomb chunks into a bucket. They repeated this process with other hives all night, stopping only before dawn, and they gathered about 94 pounds of honey. One of Ahmad’s group, Zaini Abdul Hamid, stated that they weren’t aware of any deaths stemming from this pastime, “but if you’re in the wrong place at the wrong time, the bees will sting you until your body is swollen.” No one in Ahmad’s group was younger than the age of 45, with some even being in their 60s.

There haven’t been comprehensive studies regarding Ulu Muda’s bee populations, but bee expert Makhdzir Mardan of Universiti Putra Malaysia stated that during a 1983 expedition in the forest, he saw 128 hives in one tree, but it’s more likely today to see 40 hives in a tree at one time. Ahmad’s honey hunting group mourn the loss of the honeybees’ habitat, especially the flowers the bees used to feed on regularly. “The places where the bees look for food are disappearing,” says 50-year-old Mohamad Khairi Mohamad Arshad. “If there aren’t a lot of flowers, then the bees will not come.”

These practices seem a bit brutal and far less civilized than how Manuka honey is gathered. Luckily for you, there is no need to “hunt” for you honey, because we can get your Manuka honey order started as soon as you click here. And remember, we will cover the shipping for any order over $150!