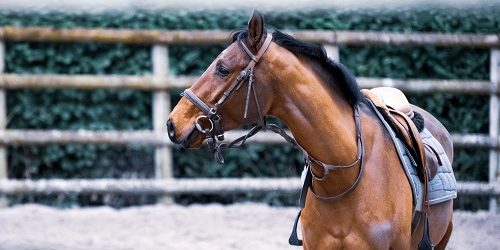 There are a lot of claims about honey these days, some of them true, others just fairy tales. One tale we have heard quite often, especially when it comes to vets and animals, is that raw honey can help in the wound healing process assuming the wound is not a gaping cut. A new study on medical-grade honey, or MGH, offered significant insight into how this honey is helping equine owners heal their horses faster after having suffered a wound.

A major problem with horse wounds is the danger of infection while the animal heals. The environment horses live in makes their susceptibility to infection far above that of a human being. This can elongate the healing process as well as sometimes leading to a far more serious problem than the initial wound. While many in the industry claim regular honey has helped speed up the process, researchers that studied the use of MGH on wounds found the healing rates dramatically improved.

According to the report, horse wounds treated with MGH prior to having the sutures closed saw a remarkably quicker healing time than those that did not. Additionally, the horses treated with MGH had fewer instances of infection. Gal Kelmer, DVM, MS, Dipl. ACVS, ECVS, of the Hebrew University of Jerusalem Koret School of Veterinary Medicine, stated, “I use MGH inside repaired lacerations and inside elective surgeries, just prior to skin closure, in most of the surgeries I’ve performed in the past couple of years. I’m extremely satisfied with the outcome.”

Why is honey so effective in treating wounds? Kelmer stated, “Developing resistance is an acquired trait that the bacteria develop in response to antibiotics they encounter. Currently, it appears that they have not develop [sic] resistance to honey. While antibiotics usually target a particular process, causing a specific evolutionary pressure for the emergence of resistance genes, honey contains various compounds acting synergistically by different routes. As there is an ethical concern regarding widespread prophylactic use of antimicrobials and its contribution to the development of bacterial resistance, use of an alternative treatment, such as honey, is preferred.”