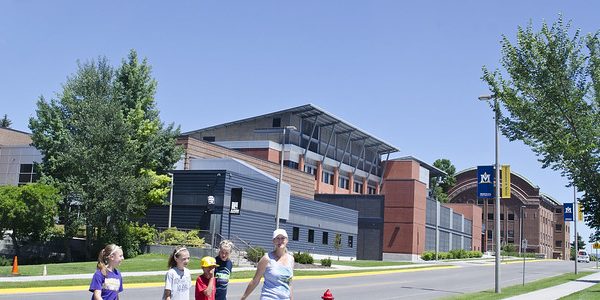 Overall, there are more than two million honey bee colonies managed here in the United States. That may sound like a lot, but that number is about half of what it was in 1950. At these declining rates, the honey bee stands a real chance of becoming extinct in the United States. Experts put the blame on pests, disease, insecticides, herbicides, and the decline of natural habitats for bees. With roughly 35 percent of our crops dependent upon pollinators, this is very much a reason for concern.

To counter the honey bee and honey shortage, Montana State University is getting into the beekeeping business. The university has always made honey a part of the culinary experience at the school, so the move to produce its own honey is a natural progression. Jill Flores, who is the Executive Chef at the school, stated, “Montana is generally in the top five of honey producers in the state. It’s a great opportunity, not only for the chefs to have the culinary experience of using raw, local honey, but the educational piece is really nice, not only for our chefs but also for our students.”

By the end of the summer, the university expects to have about 60,000 bees in the school’s hive, but that will only produce a small fraction of what the school actually uses throughout the year. As such, the university will continue to purchase honey from local suppliers. In all, Flores estimates the new hive will produce about five gallons of honey per year, which is about 2.5 percent of the overall consumption. She stated, “The amount of production we’ll get off those hives is only a fraction of the honey we actually use on campus. So, we’ll continue to buy local honey from Montanan beekeepers.”

Even so, it will be a great experience for students to both see and work with their own fresh, raw honey. It may even inspire a few of them to take up beekeeping on their own after they graduate!