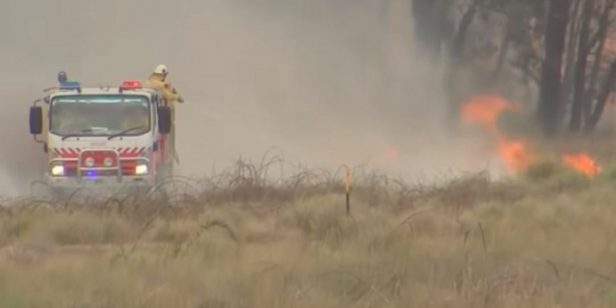 All of a sudden, our honey bees are now dealing with a rash of natural disasters that are further impacting their ability to recover from the massive dead loss and colony collapse disorder challenges the industry has faced over the last two to three years. Forget the Varroa mite and pesticides for just a second, because beekeepers are now losing their hives to bushfires and earthquakes.

As Puerto Rico’s beekeepers struggle with hives vacating the island due to earthquakes, New South Wales (NSW) is dealing with an onslaught of bushfires that are absolutely devastating the honey bee population. According to local reports, more than 6,000 hives have been completely destroyed and another 30,000 wild hives had been “taken out.”

While beekeepers may be able to replace the hives, replacing the bees and feeding the bees that are still left alive is another matter entirely. Because many of the fields the bees pollinated have been destroyed, beekeepers are now pleading with the government to allow greater access to national parks so they have enough nectar and pollen for the honey bees. With estimates going as far off as two decades for current fields to be replenished, a decision will have to be made soon or the entire industry could find itself extinct in NSW.

This is a significant problem for NSW, it being the largest honey producer in the country. Stephen Targett, NSW Apiarists Association President, stated, “This is really about the future of the industry. Beekeepers must rebuild their pollinators to survive.” He added, “The big issue is keeping younger beekeepers in the industry who have made the investment in machinery and other infrastructure.”

The timing of this could not be worse for Australian honey producers, as the entire country is in a massive battle with New Zealand over the naming rights of Manuka honey. While the Manuka bush is present in both countries, it was New Zealand that first labeled Manuka honey and its attributes. Only then did Australia get on board and start pollinating fields it had previously burned as a nuisance. These fires mean less honey, which means the price of Australian honey is about to go through the roof. This may drive more consumers, even from Australia, to buy New Zealand honey. If that happens, Australia’s beekeepers are going to have a significantly harder time recovering from this disaster.

Would you like to try authentic New Zealand Manuka honey? To get your order started, click here. And, remember, we offer FREE shipping on all orders of $150 or more.