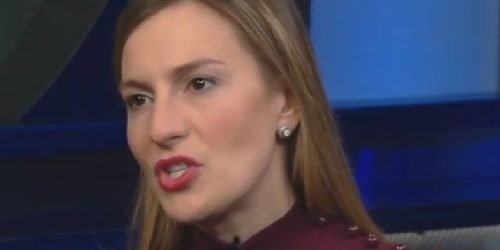 Something we have seen far too often is swarms or hives being destroyed simply because people have no idea what to do in these cases. Earlier this year, we reported on a swarm being killed off at a San Diego Padres game. Rather than call a local beekeeper to remove the swarm, an exterminator was used, killing tens of thousands of bees. New York lawmakers are hoping to avoid that problem with some new legislation.

New York got some good press earlier this year when Senator Chuck Schumer (D-N.Y.) went upstate and took on the case of the honey bee surveys. What he actually did to help this case remains to be seen, but New York state lawmakers were obviously paying attention to what was going on due to the groundswell of support to help save the honey bee.

New York State Senator Alessandra Biaggi is leading the charge. Biaggi is on the state Senate Agricultural Committee. She is now pushing legislation that would require anyone spotting a swarm or an unruly hive to call the Division of Plant and Industry. This is a department that falls under the control of the New York Department of Agriculture and Markets. The legislation would require 24-hour notice prior to an attempt at exterminating the swarm or hive.

Biaggi stated, “It is important that the state create alternative avenues to safely relocate nuisance honey bee swarms to promote the preservation of the colonies we still have and avoid further extermination. As one of the country’s leading producers of fresh fruits and vegetables, (New York) cannot take our natural pollinators for granted — our food and farms depend on it.”

New York State Senator Monica Martinez, who is also supporting the new legislation, stated, “Unwanted bee swarms and colonies that pop up around homes and businesses can be problematic, but there are other steps that can and should be taken before extermination is settled upon.”

Because many people cannot differentiate honey bees from bumble bees, hornets, wasps, etc., some legislators are holding off openly supporting the legislation unless they can get some further stipulations introduced as part of the legislation, such as having beekeepers register their hives. This way, if there is a complaint, records would immediately show who is responsible for the hive itself, assuming the bees belonged to a beekeeper and were not wild. Clearly, this legislation faces some challenges, but at least it is a first step that other states can follow.