Risk Factors for Lyme Disease in People and Dogs 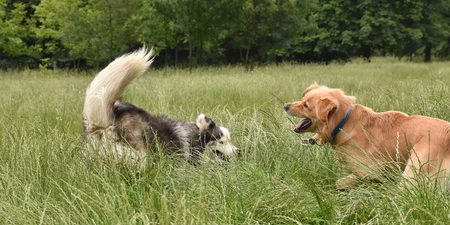 There are plenty of things that are easy to protect ourselves and our dogs from—to protect cuts and scrapes from getting infected, for example, you might use antibiotic ointment and Manuka honey. However, there are conditions that are slightly more difficult to protect from, and one of those conditions would be Lyme disease. Despite improvements in treatment and prevention methods, Lyme disease remains a serious concern in different regions of the U.S., being contagious to people, dogs, and various other animals. Caused by the bacteria Borrelia burgdorferi, Lyme disease is often transmitted via a tick bite, and, fortunately for them, it’s not viewed as a large threat to cats.

Dogs can contract Lyme disease when bitten by a tick that is carrying the disease, but it isn’t directly contagious between dogs themselves. One of the more common indications of this disease in dogs is lameness, in which they shift between legs often. Other symptoms include depression, fever, irritability, and appetite loss. With more severe cases, the animal’s kidneys could be affected, leading to what’s called Lyme disease nephritis.

As with dogs, humans are infected via infected ticks. Interestingly, people aren’t usually infected by their dog, but dogs and similar pets could bring infected ticks into their home environment, placing owners at risk. This fact often leads to dogs being considered “sentinels” for Lyme disease in humans. Areas with large numbers of infected dogs also usually see greater numbers of infected humans too.

Lyme disease in dogs is diagnosed readily through a blood test. In different regions of the U.S., the number of positive tests in dogs is fairly high. In the country’s northeast region, as much as 50 percent of tested dogs are positive for Lyme disease, and, of those dogs, most (85 to 95 percent) never show symptoms of the disease.

The best way to protect our dogs and ourselves from contracting Lyme disease is preventing tick infestations through the following methods:

On one last note, if your dog or another pet is displaying signs of sickness or Lyme disease in particular, consult your veterinarian as soon as possible.