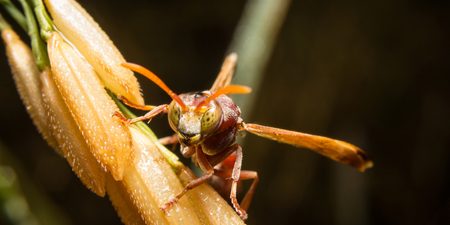 For the past ten years, Asian hornets, which are predatory insects that currently have widespread, expanding populations, have effectively invaded sections of both Europe and the Korean Peninsula. This particular type of hornet, or Vespa velutina as its scientific name designates, has been mounting quite the reputation, specifically as a rapidly proliferating species that preys on honeybees while also posing danger to humans. With the problems related to a predatory invasive species rising, a biologist with San Diego’s University of California has been developing a solution with his colleagues from Asia for managing Asian hornets—a solution derived from these hornets’ own chemical, natural mating instincts.

Recently reported in Scientific Reports’ October edition, biologist James Nieh as well as his colleagues from Yunnan Agricultural University and the Chinese Academy of Sciences have figured out the Asian hornet’s sex pheromone. Even better, they have come up with a method for controlling the hornets by attracting the males toward and into traps that are baited with a synthesized version of the females’ pheromones. According to Nieh, “We have successfully tested the key sex pheromone compounds of this species, and the results show that males are highly attracted to them.”

Nieh also noted that the Balkan nations and Turkey have been recently invaded by these hornets, with Western Europe still being at risk as well. One hornet can realistically bite and then kill multiple hundreds of honeybees in the name of its endeavor to get honeybee larvae. European honey bees, which the U.S. would recognize given how many exist in the states, haven’t evolved to deal with this vicious predator and therefore have very poor defenses against it.

Because of this, “the European economic impact is high,” Nieh said, and “major colony losses have led some beekeepers to abandon apiculture.” With this in mind, Nieh also noted Asian hornets can be hard to manage due to their colonies being able to spread so quickly and their colonies being hard to locate in more rural areas, presenting dangers to people with painful stings that, in some rare cases, can be deadly.

Some pheromones, which can be defined as chemical signals for transmitting information among members of a species, can play a significant part in mating as well as the continual survival of a species. When it comes to Asian hornets, with their limited sight, sex pheromones are likely to play a significant part in the insects’ long-distance attraction. This means this new research has demonstrated an easy, reliable method for monitoring and potentially reducing these invasive insects’ populations.