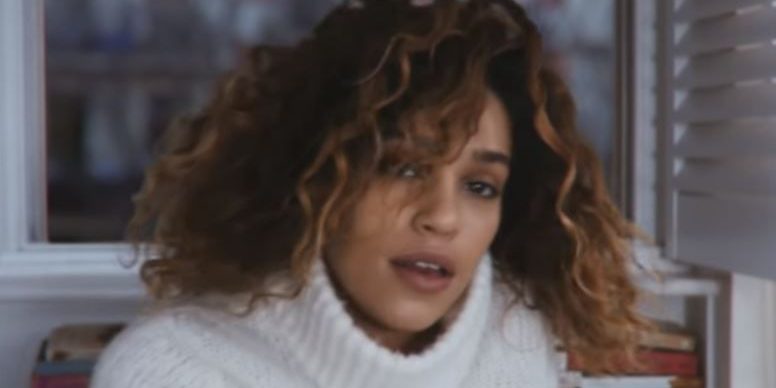 Izzy Bizu, a singer-songwriter with both British and Ethiopian heritage, has been garnering attention beyond the music scene, thanks to her becoming the face of Cacharel’s new perfume — “Yes I Am.” The 24-year-old has been on tour with Coldplay, and her hit single, titled White Tiger, has more than 60 million streams on Spotify. “I’m very, very excited, it’s going to be really cool,” Bizu said of her upcoming second album’s release. With her fame growing by the day, Bizu was asked recently about the makeup hacks she utilizes as well as her beauty regimen, and she replied with the following answers:

Bizu grew up in Great Britain, and she experienced something of a dual identity from her heritage, ultimately shaping her approach to beauty and culture. “Being British-Ethiopian is such an amazing experience,” Bizu said. “I love exploring both cultures…I find that when I grew up, I kind of turned into my mother, who is from Ethiopia. I have certain traits of hers, so I very much feel Ethiopian despite never having lived there.” When it comes of beauty, Bizu has a different experience than many others due to her afro-hair, which she says is always a pleasure to experiment with.

According to Bizu, “Wearing perfume is a big part of my daily routine, and it’s become a part of who I am now…When I was young, my mum would wear it all the time, and I would hug her and find the smell so comforting. Or my dad and his aftershave—it would endlessly make me laugh…Fragrance really is part of your personality. When I put it on, I feel more desirable in a weird way. It’s a self-love thing.”

The Best Piece of Makeup Advice

Per Bizu, the best tip she ever received from a makeup artist was for dealing with dry lips, with one use including a toothbrush for scrubbing them as well as Manuka honey, which has “the added bonus that you can just lick it off.” Also, Bizu learned that properly moisturizing at night is crucial, as it’s when skin regenerates, adding, “I’m all about taking care of my skin…because I’m on the pill, my skin gets so dry all the time, so I have to overcompensate with products.”

When Bizu goes out, she prefers to keep things minimal, using liquid liner, a little lipstick, concealer for under her eyes, and occasional Vaseline or coconut oil on her cheeks. “It’s easy, and I feel like then I don’t have to spend ages taking foundation off at night time,” she said. “If I sleep with it, it’s not going to be too bad for my skin—I might look like a Panda, but who cares.” Even with her typical minimal makeup use, she has been hoping to try out pink eyeshadow, which is currently trending.

“I quite like the appearance of makeup after a night out where it looks like you’ve done just the right amount,” Bizu said. “I used to do that at school, but my mum would call the secretary and tell her to stand at the door with a makeup wipe and take it off. I was so annoyed at the time, but now I thank her because I’d have ended up with really rubbish skin.”