Smog Concerns Prompt Tips for New Delhi and Other Cities 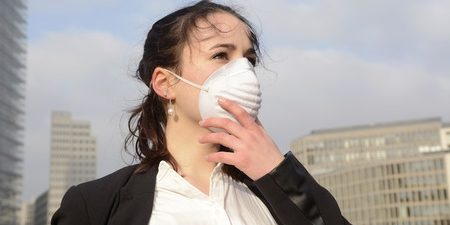 For those who don’t know precisely what smog is, it is a mix of emissions in certain climate conditions that include ozone, industrial and vehicle pollutants, open burning, and incinerators. Many urban and even suburban areas experience smog in one form or another, with the United States experiencing this more during summer while places like London see more during winter. New Delhi, India is currently in the middle of an especially high smog period, and it has led to considerable health challenges for its residents. With this form of air pollution being particularly hazardous during hot days, many cities issue smog warnings on such days.

Noted health risks due to increased exposure to smog include coughing, fatigue, chest, nose, or throat irritation, worsening asthma symptoms, difficulty breathing, and damage to the lungs. Children, the elderly, and asthma patients are especially susceptible to the effects of smog. In terms of how individuals can protect themselves from smog, the EPA says most people only have to worry when ozone levels are high, specifically 150 or more on a scale of 300.

Some precautions people can take when smog levels increase and air quality decreases include limiting outdoor activity and keeping activities easier on smoggy days—the stronger one’s activity level, the larger their chances of experiencing problems. In addition to taking extra precautions and regularly drinking warm water to help offset toxins, there have been some suggestions regarding diet changes people can make to help them fight the effects of smog. These suggestions could greatly help people who live in cities—as well as those only passing through—keep themselves protected, some of which include the following:

Because of the health risks inherent in smog exposure, it’s in the best interests of those who live in and around cities, especially those who are more vulnerable to its effects, to take heed of any warnings broadcasted by local news media as well as social media in order to protect themselves and their overall bodily health.