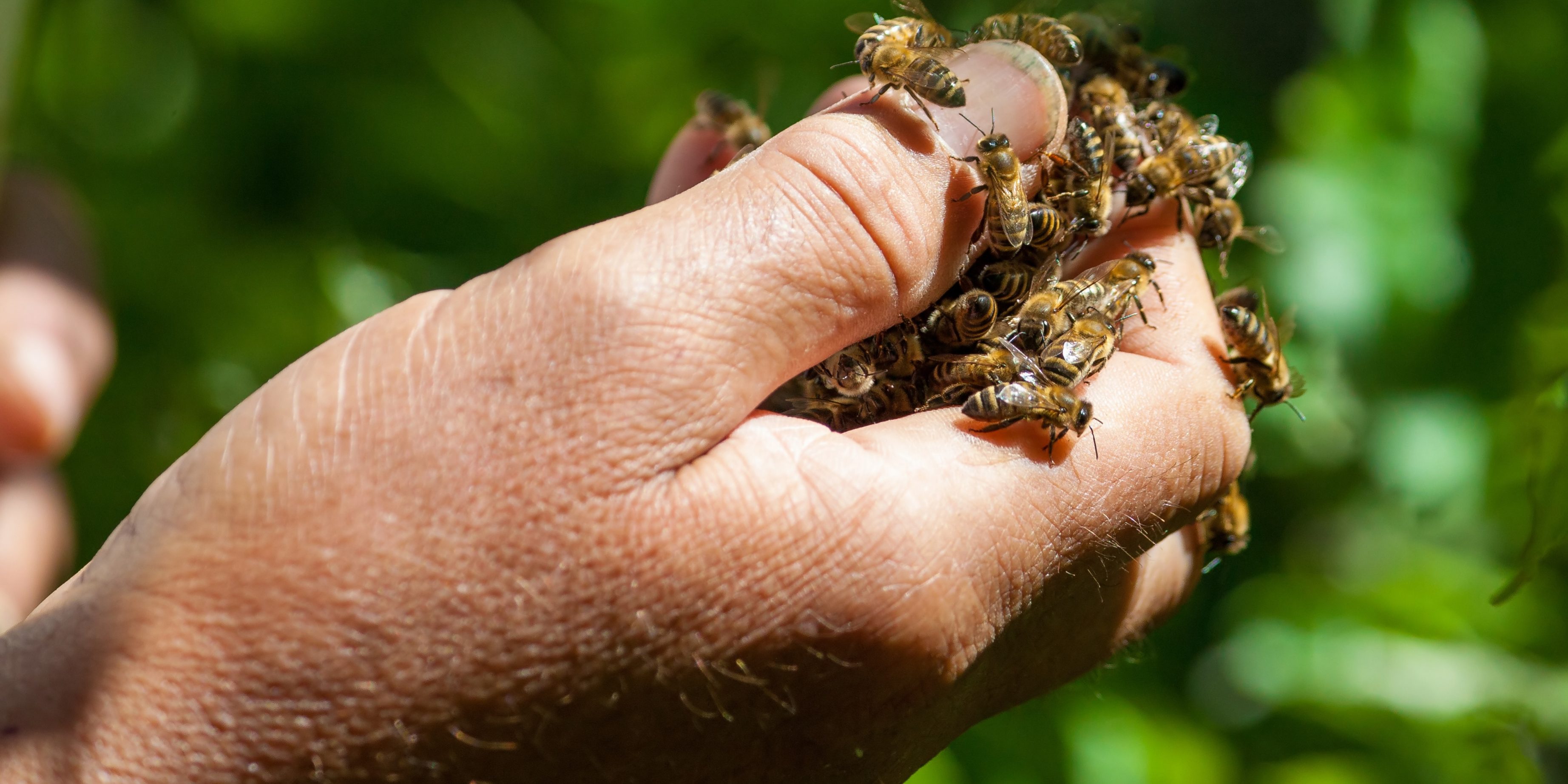 Many people have heard of snake charmers, those people who can make snakes dance with the music they play. However, it’s unlikely many have heard about honeybee charmers. Norman Gary is one such bee charmer, and it has been his life’s work to tame bees in Citrus Heights, CA. Some of his work is well known in Hollywood movies, such as “My Girl” and “Fried Green Tomatoes,” which are classics in their own right that showcase in various ways bees and people can work together.

This man has helped with bee scenes in movies in over 100 films as well as commercials and TV shows. Before he retired, this 83-year-old bee expert covered himself in bees while charming them with his clarinet—his showstopper. “I have probably been stung over 7,500 times. It doesn’t hurt anymore,” Gary said.

Gary started beekeeping in 1947, and he eventually become a professor at UC Davis. During the day, he worked with insects, and during his free time, he created a side show that featured him and the bees where he played the clarinet and the bees swarmed to him. He also wrote a book called the Honey Bee Hobbyist, which details the care and keeping of bees. “I play in a couple of jazz bands. Music is what I mainly focus on now,” he said, wanting to focus on the thing that brings him the most joy now that he has retired from the workforce.

Gary’s talents were even noticed by the Guinness Book of World Records, and he was recorded for the most pounds of bees on a human, which was more than 87 pounds! “I couldn’t do it to myself, so I had this guy stand in for me, and they gave him the Guinness world record prize,” he said, still holding a bit of a grudge. He does still hold a record, with one being for the most bees to fit inside of a human mouth, which was a staggering 109 bees.

Gary retired from performing his bee charmer shows a few years ago, and he now mostly likes to train the wild bees that live in his backyard for fun. “Some people like to watch birds; I like bees,” he said. Music is Gary’s main focus now, as mentioned above. His band likes to play at Straw Hat Pizza in Fair Oaks, and, yes, he does play bee-related music, but, then again, no one is really surprised by that!