What to Know About Domesticated Foxes 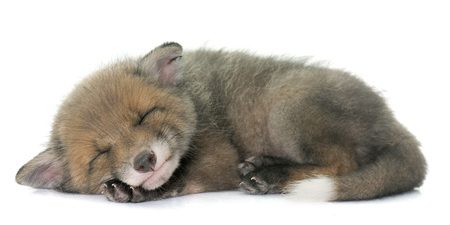 Most exotic pet critics will rightfully tell you that wild foxes do not make good pets, but there is actually one breed of foxes that has been domesticated and can be kept as a pet—the Siberian fox, which is also called the Fennec fox or the Russian domesticated red fox. While not exactly the easiest animal to acquire for most people, considering they can only be found on one breeding farm out in Novosibirsk, Russia, both the money and the effort could be worth it.

How These Foxes Became Domesticated

As to how a fox could become domesticated—a process that takes several decades to be truly safe—this occurred because of Professor D.K. Belyaev, who used foxes for his study beginning in 1959 about domestication, how stress affects evolution, and for making other discoveries. In the decades since the study began, two different groups of foxes have been repeatedly bred—a standard wild fox group and another group where only the tamest foxes were bred.

Over time, the colors in the experimental fox group changed, their ears began flopping, their tails changed via posture and plumage—basically, the foxes started looking like regular domesticated dogs. Later studies indicate these foxes developed genes unlike their wild counterparts, making them domesticated. The original study continues today, with kits being sold as pets to help fund further research.

To get a basic idea of what Siberian foxes are like, they are “color mutations” of red foxes and are typically large, weighing as much as 22 pounds and standing as high as 20 inches when full grown, with females being smaller than males. When compared to dogs of equal height, Siberian foxes weigh much less due to their lighter bones. Also, these foxes are strong swimmers and diggers and can jump more than six feet into the air, so outdoor enclosures need fencing that goes underground several feet and can be enclosed for housing pet foxes. No matter the type of fencing you use, be sure it isn’t a hazard for animals (it never hurts to have Manuka honey on hand for any fencing-related injuries.)

While red foxes in the wild are omnivores, eating everything from birds, small rodents, insects, raccoons, reptiles, possums, and plant materials like fruit, domesticated Siberian foxes are typically okay to eat grain-free, quality dogfood with vegetables and fruits mixed in. Halo, California Natural, or Blue Buffalo Wilderness dogfoods can work for fox diets if the grain-free kinds are used. Follow the packaging’s directions for feeding your fox’s specific body weight, adjusting accordingly should the fox gain or lose weight.

Vegetables and fruits should make up a small helping of the fox’s total diet, with 1/4 cup per day being appropriate. There are some fox breeders who recommend a vegetable, supplement, and raw meat diet rather than one with formulated dogfood.

Where to Get Domesticated Foxes

While there was a Las Vegas company, Sibfox, that used to work with the breeding farm in Russia, importing issues arose, and now they no longer offer those services. For those potentially interested in buying a Siberian fox, it’s recommended they directly contact the Laboratory of Evolutionary Genetics of Animals in Russia. These foxes do come at a high price, supposedly around $7,000, which potential pet owners should take into consideration.