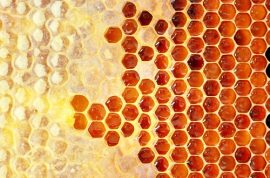 Lately, it seems like all we have been reporting is negative news, but that, unfortunately, is the state of the industry right now. The honey production numbers from Wisconsin are finally in and once again, it is not good news. Wisconsin hit a 10-year low in 2018, producing a total of 2.3 million pounds. This is a 23 percent drop from the previous year.

Two of the major factors in the state’s sharp decline in honey production were weather problems and changes in local agricultural practices. Additionally, Wisconsin, like every other state and every country in the world, is having problems with the Varroa mite. Colonies throughout the state have been ravaged by the mite, creating significantly more dead loss than usual.

Even with all this bad news, though, there is some good news. While managed colonies are declining, wild honey bees seem to be adapting and increasing in population. According to Thomas Seeley, a Cornell University Biologist, there are two major reasons as to why this is happening: genetics and lifestyle.

Nature has a funny way of taking care of its own. If a species is meant to survive in the wild and its natural habitat, it will. Wild honey bees have adapted to the Varroa mite and are developing a natural resistance to it. Seeley stated, “Bees don’t need us. They live better in the woods than they do in beekeepers’ hives and … in nature bees are constantly, steadily exposed to natural selection for things like disease resistance and resistance to these mites.”

Why managed hives are not adapting has much to do with the actual environment in which they live. A managed hive is far larger than what a typical hive in the wild would be. While this is great for honey production, it also provides far more space for the Varroa mites to grow.

Another natural phenomenon with wild bees is swarming. This is something that usually happens during the summer months when a hive is getting a new queen. Seeley stated, “It takes a while to get the new queen on line, and when a colony does not have brood (eggs), there’s no material on which the mites can reproduce so that inhibits the mites population growth.”

Hopefully, beekeepers start to learn some lessons from the behavior of wild honey bees and can help their managed hives adapt to the Varroa mites as their wild brethren have done. Until then, though, we are likely to continue to see these declines in bee populations.