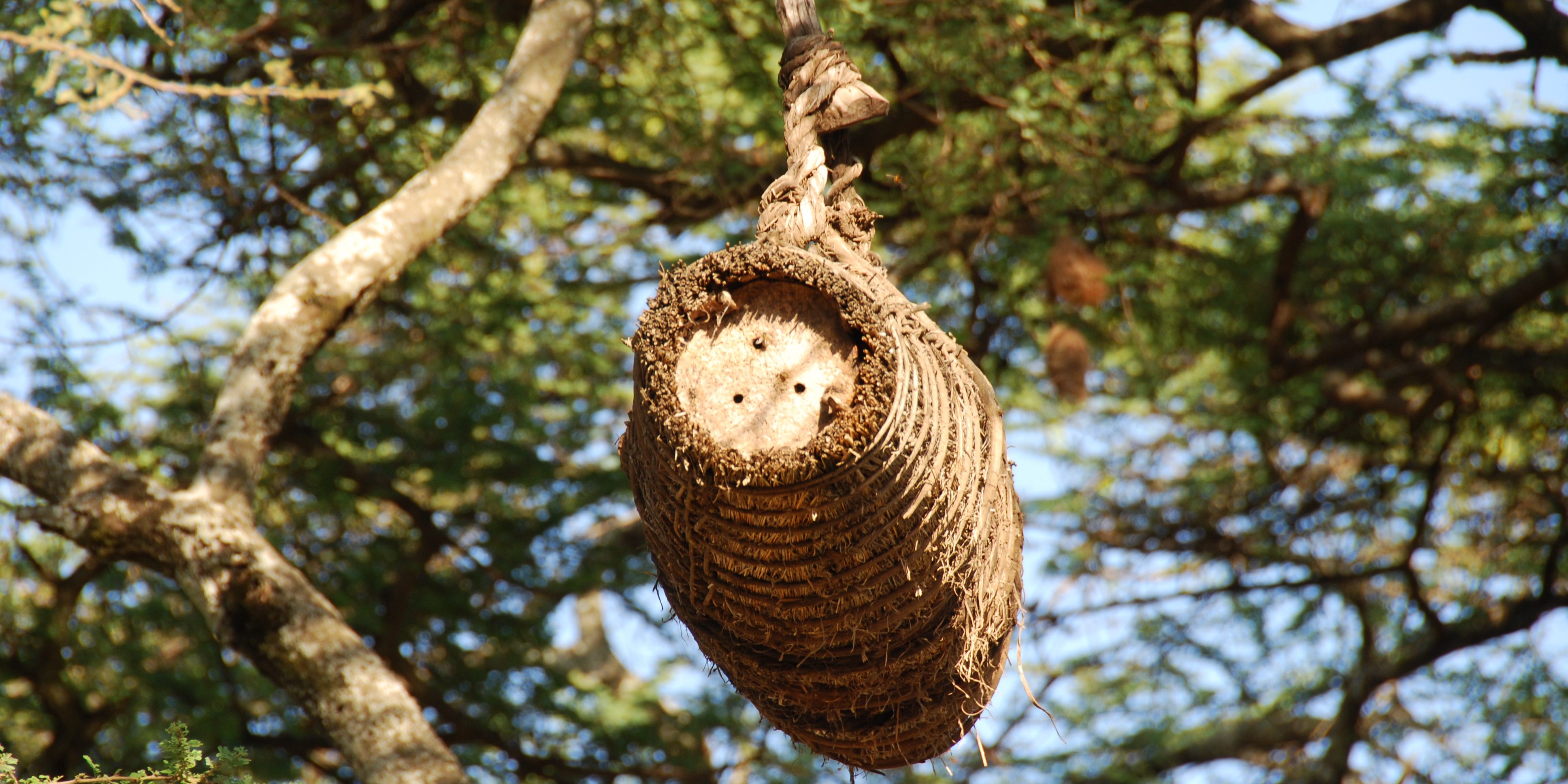 In Oakland, CA, there lives a father of four who’s a “bee rescuer” rather than a beekeeper because he is the one people call when displaced swarms of honeybees make nests in homes or populated places. Considering most fear bees, this man, Khaled Almaghafi, instead removes them calmly with a soft vacuum and transports them to his apiary where they can have a safe hive. Khaled doesn’t wear a mask, a white suit, or gloves during his live bee removals—instead, he wears pleated pants and a button-down shirt, only resorting to the suit if the bees “attack [him] badly in the face.” While this may seem dangerous, Khaled has handled bees since childhood, mostly with his father in Sana’a, Yemen: “Most of my childhood was with my dad, watching him raising the bees,” Khaled says.

For a long time, Khaled’s family raised honeybees traditionally—in hollow trees, with bamboo-made hives. However, Khaled’s dad was “the first one to bring the modern style hive from Egypt to Yemen with the tin frame box. The American style hive.” When Khaled was young, he desired to learn more about his trade, which is what brought him to California—at 22, Khaled flew there hoping to enroll in college but didn’t have the money or proper documents. From there, Khaled looked up a man performing live bee removals—he became Khaled’s friend and mentor and before passing away, “he gave [Khaled] his extractor, his vacuum, for free.”

With the swarms of bees Khaled extracted, he started renting out his hives to big farms in California’s Central Valley to pollinate nut trees and crops. Eventually, Khaled opened the Bee Healthy Honey Shop where he sells products like wax candles and honey—all displayed on hexagonal shelves like a honeycomb, an idea he got from home. “The floor, the walls, everything, like you’re inside a beehive. Imagine you go there, and you smell the honey from all over the country.”

Such facts remind Khaled of the honeys from Do’an Valley that “taste different, smell different” like perfumes, in the abundant honey shops all throughout Yemen. Even so, he’s also reminded how these businesses struggle in the midst of Yemen’s civil war, which has killed thousands and displaced millions. Khaled’s brother had to scale back his bee business, but what hurts Khaled most is what happened to his father ten years ago. Choosing a life of beekeeping over one in a corrupt military, Khaled’s father was later killed by a tribal leader demanding his land. “He lived a simple life, bees and trees, until they shot him over his small garden…That’s what hurts a lot.”

What provides comfort is the spirituality Khaled finds in his work. Being Muslim, Khaled believes the words of the Quran, which says God told bees how to make honey—for Khaled, honeybees are proof of a higher being. “You see how they dance, how they collect honey, how they work…You feel deep inside there is a creator, created all those things and created us and the whole globe.” It does sadden him that some see bees as dangerous: “They benefit us for pollination, for the environment. If it wasn’t for them, we’d be stuck.”

When Khaled thinks of Yemen’s war, he remembers how his father took an old box from his military days, once filled with bullets, and turned it into a beehive. Khaled hopes one day more from home will do the same.